My husband and I celebrated 15 years of marriage on October 18.

Well, the celebration wasn’t actually on that date. We celebrated our crystal anniversary by doing yard work. After work the following day, we drove nearly an hour away to Yellow Springs, Ohio, for a weekend getaway.

Hiking at John Bryan State Park, a visit to the Glen Helen Raptor Center, good food (Saturday lunch at Ye Olde Trail Tavern in Yellow Springs and Sunday breakfast at Clifton Mill), a cold (brief) hike at Clifton Gorge. We didn’t get everything in that I wanted to, but we can always go back. We made a quick stop at Young’s Jersey Dairy on the way back to Columbus to pick up some cheese.

Also, if you ever find yourself needing accommodations in Yellow Springs, I highly recommend Jailhouse Suites. 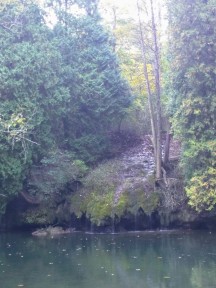 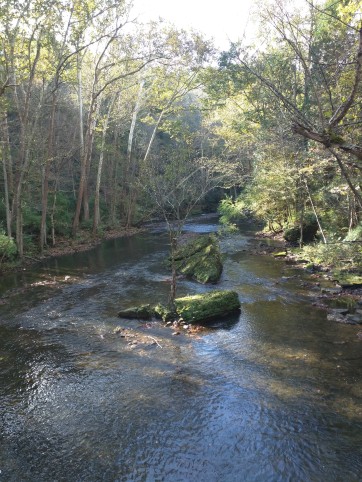 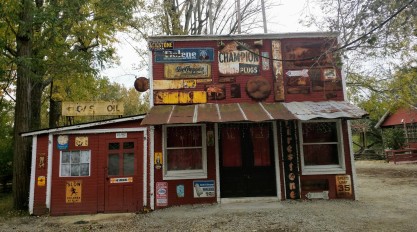 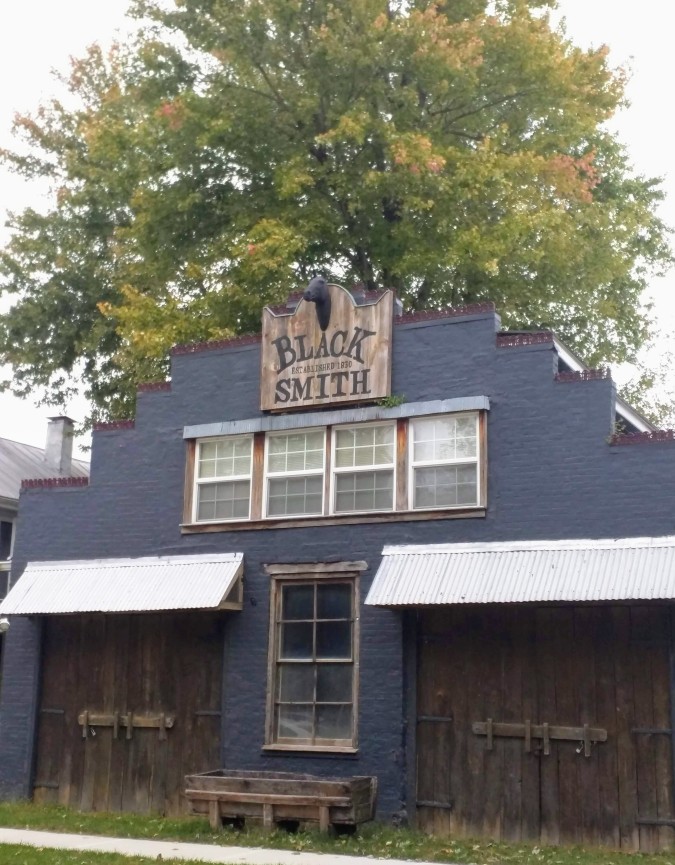 This is Turtleshell Cabin at Sylvania Tree Farm in Lackawaxen, Pennsylvania. I just visited the website and it appears that the cabin is no longer available, which makes me incredibly sad. (Their other cabins are still available, though, and I recommend a stay there if you ever get the chance.)

For our 10-year anniversary in 2013, I booked this cabin for a long weekend in the Poconos. It was the smallest cabin on the property, but as it was just the two of us, we didn’t need much. It came equipped with everything we needed, and the location could not be beat. It was pretty remote – sure, there are other cabins on the property not too far off. But it felt very private. We loved it there so much that we went again the following year.

The cabin had a loft bedroom with the most comfortable bed I ever slept in. There was a screened-in porch with a hammock. The kitchen had everything we needed for cooking, but we could go rustic if we wanted and cook outdoors. We also had a TV, which I could have done without, but it was pretty funny to watch Pennsylvania Polka one of the nights we were there (or maybe it was only funny because we both had a few drinks).

(The hot tub pictured above wasn’t one of our amenities. That was an additional expense, and besides, I’m not a big fan of outdoor hot tubs when the air is chilly.)

My favorite thing was Mast Hope Brook, which ran through the property a few steps from the cabin. Hearing the rush of water over the rocks gave me a feeling of serenity that I don’t think I’ve felt anywhere else. I spent a lot of time near the brook, just soaking in the peace. 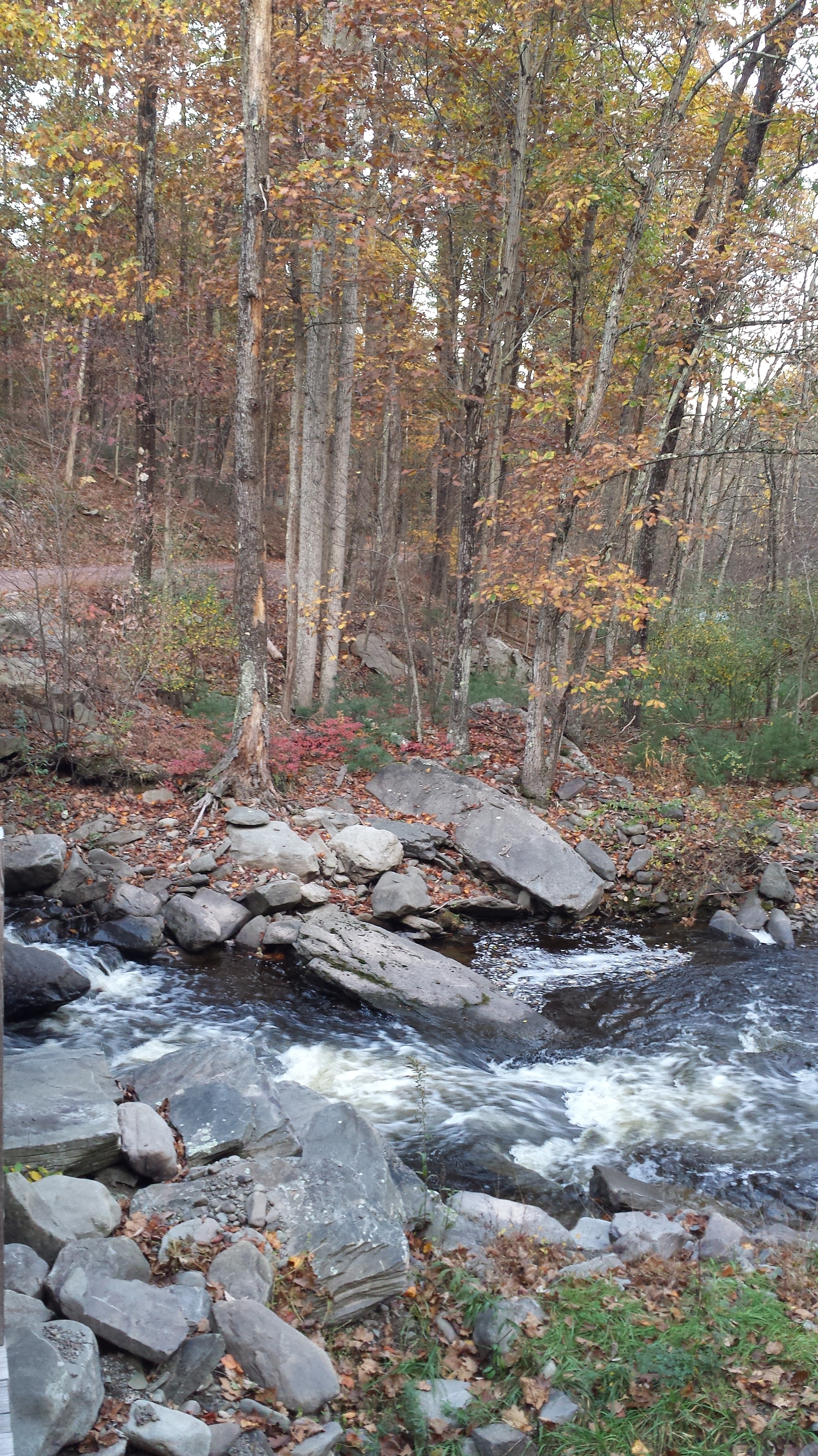 This cabin is near and dear to my heart, and I wish we could stay there again. 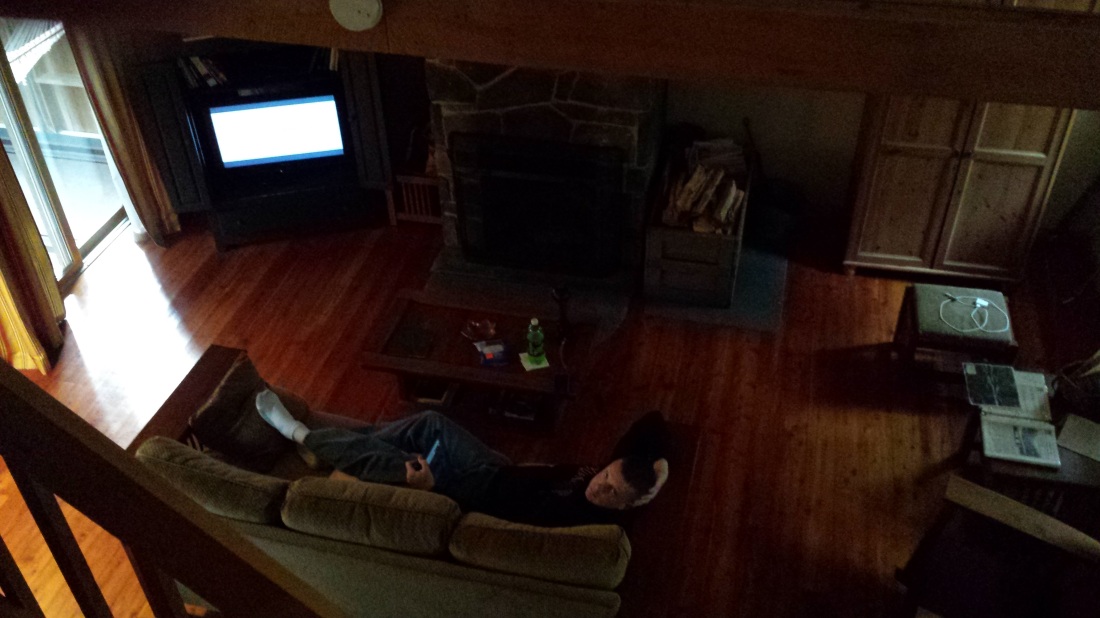 We explored the area both times we were there – both the Poconos and the Adirondacks on the New York side of the river. Those are stories for another time.

As I glanced at the empty seat next to me on the luxury coach and then gazed out the window, I knew without a doubt that the man exiting the hotel was going to be my seatmate. The first thing I noticed was his t-shirt, which advertised sheep manure. A minute later, he slid into the seat next to me and introduced himself in a thick southern drawl.

He was chatty. I was not. I had, in fact, wanted to peacefully contemplate the Bavarian landscape out the window as the bus rolled toward Munich. Our destination was Oktoberfest, not one of my bucket list items. But my two traveling companions – who sat together in the row in front of me – decided rather last minute that they wanted to take this tour. The hotel happened to have exactly three tickets left. It was a sign that we had to go.

Hey, when in Bavaria during Oktoberfest…

I don’t remember much of what my seatmate said that day, other than his t-shirt was his talisman against becoming a sloppy drunk. When he could no longer say “sheep shit shirt” without slurring, that was his cue to stop drinking.

In the row ahead of me, I heard snickering.

The rest of the journey is a bit of a blur. He rambled on and on, and it seemed endless.

Finally, we arrived! Oktoberfest! Despite my reluctance to go, I felt ecstatic to be there.

Our bus driver gave us a stern warning about returning to the bus throwing up drunk. There would be consequences, he said. On that charming note, we disembarked, everyone going their separate ways.

Several hours later, exhausted and sunburned, we were back on the bus. It had been a terrible day. Excessive heat, an endless parade, and not one seat to be found in any of the beer tents. This was Oktoberfest, and not one of our trio had a beer. We were all unimpressed with the experience.

Little by little, everyone returned to the bus. Everyone, that is, except Sheep Shit Shirt guy. I said a silent prayer, hoping he got lost and we would leave him behind.

He joked that he had enough beer for both of us, then promptly dozed off.

He suddenly sat bolt upright, leapt out of his seat, and ran off the bus to vomit.

Moments later, he returned with a plastic bag that the driver gave him, assuring me that he was done. I was neither comforted nor convinced by this assessment.

The driver, satisfied that everyone was accounted for, began the drive back to Garmisch. I curled up against the window, trying to make myself smaller and create as much distance between us as possible. Sheep Shit Shirt man fell asleep. His head lolled onto my shoulder.

Worst trip ever. I hated Oktoberfest. I hated everything.

As I succumbed to misery, I felt a gentle tap on my shoulder. A teenage girl sitting behind me told me that she made room for me in the back of the bus.